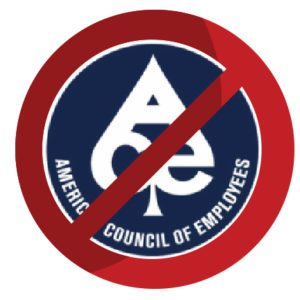 COE policy, it did not come as shocking news. The group had clearly been on life support for some time. It was not surprising that an organization funded by outside anti-union business groups with no positive message of growth or change, would not appeal to most people. But where did ACE come from in the first place

ACE grew out of the network of outside political and business groups that oppose union representation. Its registered agent is Maury Nicely who was formerly Volkswagen’s in-house counsel for human resources at our plant. He created the group “Southern Momentum” in January 2014 and coordinated his anti-union activities with Senator Bob Corker’s office, Governor Bill Haslam’s administration, former manager Don Jackson, and anti-union consultants. After the narrow loss in the February 2014 union election, Nicely’s law firm, Evans Harrison & Hackett, registered ACE as a Tennessee corporation with the Secretary of State on October 21, 2014.ACE was never able to get traction in the plant. They would never disclose their sources of funding, which led to speculation that they were colluding with anti-union politicians. After all, Nicely himself once told the Associated Press “this sounds almost silly, but ACE is a nonunion union.”