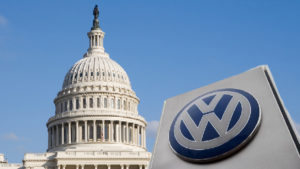 When sixty-one members of Congress wrote to Christian Koch and Sebastian Patta to express their concern about the company’s defiance of the U.S. National Labor Relations Board (NLRB), they asked them to respond and explain their behavior. After nearly two months Congress has finally received a response, not from Koch and Patta, but from the company’s lawyer David Geanacopoulos in Virginia.

The letter doesn’t answer the question that Congress put to them, specifically, why Volkswagen has ignored the democratic vote of its employees and the decisions of the U.S. National Labor Relations Board. Despite Mr. Geanacopoulos’s claim that “Volkswagen respects the right of our employees to decide the question of union representation,” the facts are pretty simple and clear: in December 2015 skilled trades employees decided to choose union representation with Local 42; Volkswagen has not respected that decision.

You can read Volkswagen’s letter > geanacopoulos-reply-to-rep-kildee.

VOLKSWAGEN RESPONDS TO CONGRESS … SORT OF