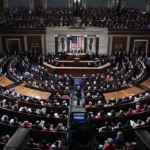 8/12/2016: In a July 9 letter to CEO Christian Koch and HR Director Sebastian Patta, 61 members of Congress voiced their support for all parties in Chattanooga bargaining in good faith, and called on Volkswagen to respect the rights of maintenance employees who elected UAW Local 42. (see the letter here)

The elected representatives voiced their concern that Volkswagen has adopted a tactic of delay to frustrate the vote of the employees, who chose the union by more than 70%. “In our opinion”, they said “we believe that when labor and management bargain in good faith, the best outcomes are realized for all parties.”

The members of Congress noted the serious nature of the issues involved and “the potential impact they could have on relations between Germany and the United States.” They asked Mr. Koch and Mr. Patta to respond to them on each of the concerns they raised. As of August 12, there was no response.